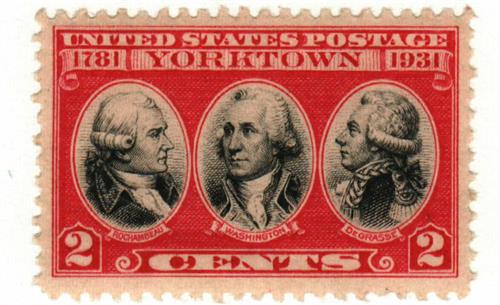 During the American Revolution, the ability to resupply armies, deploy troops, and transport munitions stored in towns along Virginia’s inland water routes was dependent on control of the Chesapeake Bay. The British campaign to secure this vital region ultimately led to the surrender of British General Cornwallis and an American victory in their war for independence.

Virginia’s Chesapeake Bay is strategically located at the mouth of the James and York Rivers. In 1779, a British fleet seized control of the Chesapeake Bay and destroyed forts and military warehouses along the inland rivers. The raids gave the British necessary supplies while they simultaneously depleted the Continental Army’s stockpiles. British expeditionary forces continued the raids throughout 1780 and highlighted Virginia’s military weakness. In the spring of 1781, Major General Marquis de Lafayette entered Virginia and combined his forces with those of General Anthony Wayne. They reached Richmond just in time to prevent the British from burning the capital.

U.S. #1937-38 honor Yorktown and Virginia Capes, a battle that ensured American control of the neighboring waters.

Word of Cornwallis’ movements reached General George Washington, who met with French General Rochambeau to determine their next move. Rochambeau convinced Washington to move south and surround the city by land. A fleet under the command of French Admiral de Grasse would secure the Chesapeake Bay and cut off Cornwallis’ escape route on the river. 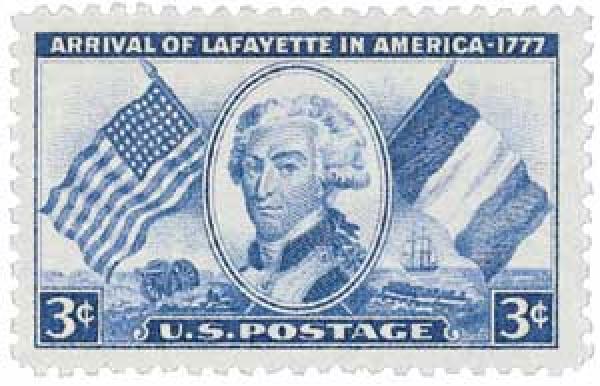 U.S. #1010 commemorates the 175th anniversary of the arrival of Marquis de Lafayette in America.

The French fleet of 27 ships reached Virginia on August 28, 1781, and immediately started a blockade of the York and James Rivers. On September 5, the French fleet engaged a 19-ship British fleet and soundly defeated them. The Battle of the Virginia Capes left the French Army firmly in control of the Chesapeake Bay and the entrances to the James and York Rivers. As a result, the British garrisons at Yorktown and Gloucester Point were completely isolated from resupplies or reinforcement.

In late-September, Washington’s troops combined with Lafayette’s for a total of 17,600 soldiers opposite 8,300 British entrenched with General Cornwallis. The siege of Yorktown began on September 28, with heavy artillery fire on the British defensive line. Confident that he could bombard the British to force their surrender, Washington moved his men closer the next day. Though the British spent much of that day firing their cannons on the Americans, they inflicted few casualties. 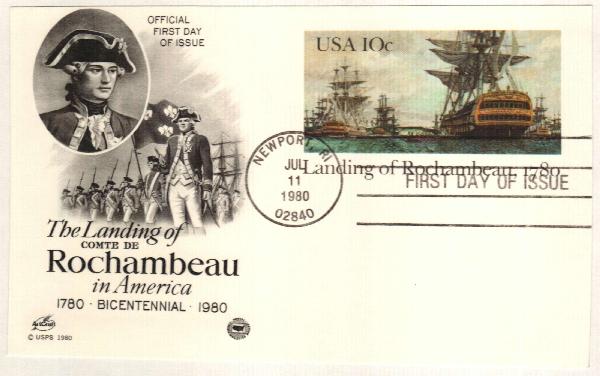 Cornwallis then pulled his men back from their outer defenses, which the Americans and French quickly occupied. They then spent several days and nights digging trenches and setting up artillery to bombard the British. It was all completed by October 9 and the Americans and French commenced their attack. Washington fired the first American shot, which reportedly landed on the table of British officers eating a meal. In the coming hours, the allied bombardment nearly destroyed the British defenses. And Washington ordered that they continue to fire through the night so the British couldn’t make repairs. 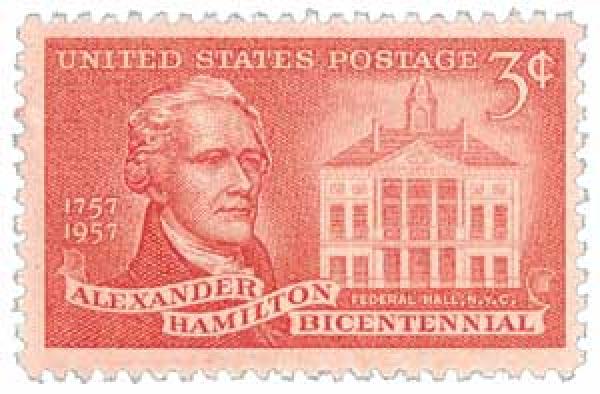 U.S. #1086 – Working as Washington’s aide-de-camp, Hamilton begged for a field command. Washington, who saw Hamilton as a son and recognized his genius, didn’t want him to risk his life. Hamilton eventually wore him down and was allowed to lead an attack during the siege.

On the night of October 11, Washington had his men dig another trench even closer to the British lines. After the trench was completed a few days later, Washington launched an all-out attack on the British redoubts. His plan included multiple diversionary attacks, leading the British to think they were going to target Yorktown itself. By the end of the day, the Americans and French captured two British redoubts and were able to shell Yorktown from three directions. Cornwallis then sent 350 men to destroy the American cannons as they slept. But a French party managed to drive the British away before they could do much damage.

On October 16 the British attempted to evacuate across the York River. However, the ships that were to transport them had scattered or sunk in a violent storm. With their escape route cut off and the entrances to the York River and Chesapeake Bay blocked, Cornwallis realized he had no other choice but to surrender on the field on October 17. More than 8,000 British troops laid down their arms – about one-quarter of the total British forces in America. However, two days later, Cornwallis claimed he was sick and unable to attend the formal surrender ceremony. Instead, he sent his second in command, General Charles O’Hara, to hand over his sword. 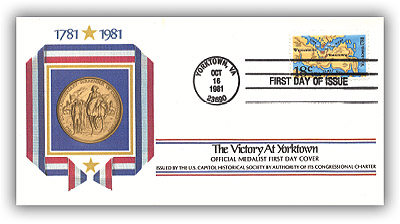 Though fighting continued for nearly two more years, Yorktown was the last large-scale land battle of the war. It was a major milestone, destroying the British will to fight.