Founding of the Mayo Clinic

On September 30, 1889, the first building of the Mayo Clinic opened to the public.

The Mayo Clinic evolved in stages. Its history can be traced back to the Civil War, when William Worrall Mayo was made an examining surgeon for the military draft board in 1863 and sent to Rochester, Minnesota. He liked the town so much he decided to stay and invited his wife and two sons to come live there with him.

Then 20 years later, in 1883, a tornado struck Rochester, Minnesota, killing 24 people and injuring more than 40. William Mayo and his sons, Will and Charlie, worked with Mother Alfred Moes and the Sisters of St. Francis to set up a makeshift hospital to treat the wounded.

Once they had recovered from this tragedy, Mother Moes spoke to WW Mayo about opening a hospital. He agreed it would be a good idea and that he would work there. He was eventually joined by other doctors and Saint Mary’s Hospital opened on September 30, 1889. Soon Mayo’s sons, William and Charles, also began seeing patients and performing surgeries at the hospital. 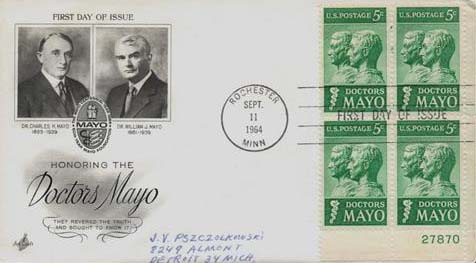 This practice flourished, and in 1914, the sons built their own medical center in Rochester. Due to their great success, which meant a large number of patients, and the vast increase in medical knowledge, William and Charles Mayo added more doctors to their staff.

Some of the new doctors focused their attention on specific tasks, such as laboratory work or diagnostics. This medical center was the beginning of what has become known as the “group practice.” As William Mayo said, “Individualism in medicine can no longer exist.” “It (has become) necessary to develop medicine as a cooperative science: the clinician, the specialist, and the laboratory workers uniting for the good of the patient.” 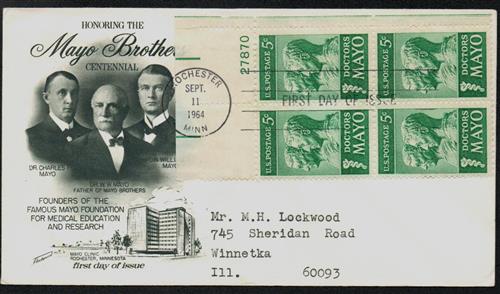 Thus the Mayo Clinic introduced the concept of medical specialties, including orthopedics (1912), neurology (1913), thoracic surgery (1915), dermatology (1916), and pediatrics (1917). This concept of medical treatment resulted in many innovations, including having the patient’s medical records in a single file, which is made available at each treatment. 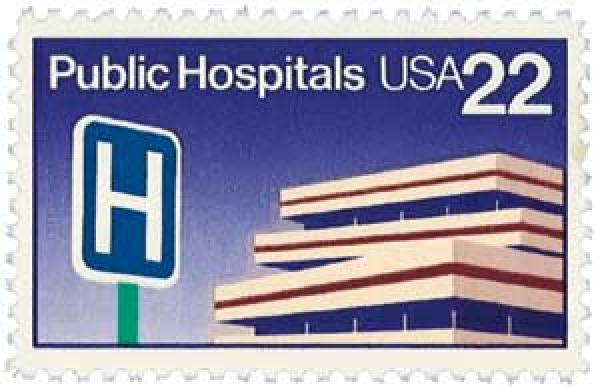 In 1919, the Mayo brothers turned over their practice, and the majority of their life savings, to a not-for-profit, charitable organization that maintains the Mayo Clinic. More than five million people have been treated at the Mayo Clinic, which today includes three clinics and four hospitals. These facilities employ 61,600 doctors, scientists, nurses, and health workers united to serve patients. This makes the Mayo Clinic one of the world’s largest medical centers.