Posted on September 5, 2015 by MysticStamp 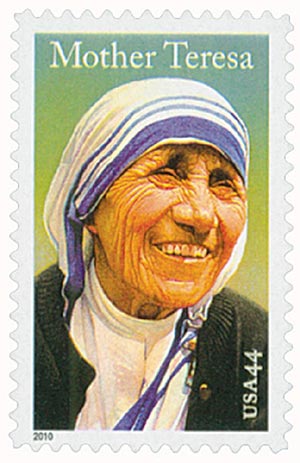 After decades of serving the poor in the harshest conditions, Mother Teresa passed away on September 5, 1997.

Mother Theresa was born Agnes Bojaxbiu in what is today Macedonia. When she was 18 years old, she left her home country in Southeastern Europe to join the Sisters of Loreto in Dublin, Ireland. This was her first journey to a distant land with customs and a language that were new to her.

In 1928, she took the name Sister Mary Teresa and began her service to others. She was sent to Calcutta, India, where she taught for many years, eventually becoming headmistress of St. Teresa’s School. She enjoyed the time she spent teaching but felt that she should be doing more. Mother Theresa believed she was “to give up even Loreto where I was very happy and to go out in the streets.” In order to answer her calling, this dedicated woman once again left the security of what she knew to travel to the unknown. 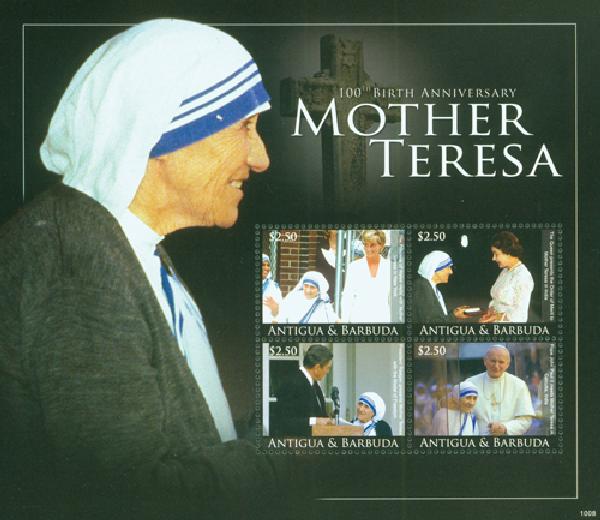 Mother Theresa prepared by receiving medical training and finding a small place to live. With no source of funding, she relied on “Divine Providence” to supply for her needs. She started an open-air school for the children of the slums. When others heard of Mother Theresa’s work, they sent money and some volunteered to help her. In 1950, she received permission from the Vatican to start what would later become the “Missionaries of Charity.” In 1952, she opened the Nirmal Hriday (Pure Heart) Home for Dying Destitutes in Calcutta.

Hers was a life dedicated to sacrifice and service, to the healing and comfort of those who were sick, needy, and dying – the “poorest of the poor.” For nearly 50 years, Mother Teresa lived among the most desperate inhabitants of Calcutta. Her work was an inspiration to millions and earned her worldwide admiration. For her tireless dedication to the needy, Mother Teresa received a number of awards during her life. These included the Nobel Peace Prize and the Medal of Freedom. 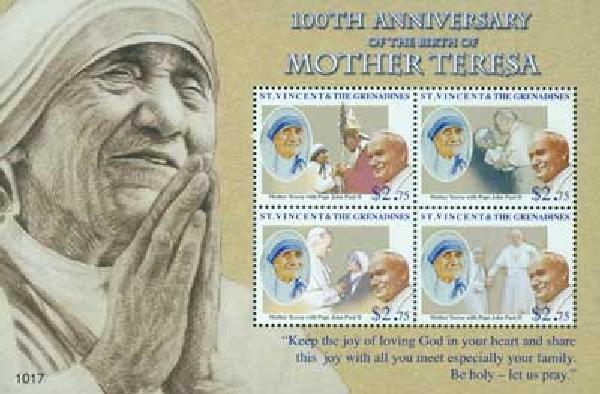 By the early 1990s, Mother Teresa had suffered two heart attacks among other health problems. She offered to resign from her position as head of the Missionaries of Charity, but her fellow sisters voted for her to remain. However, her health continued to fail over the next few years and she stepped down from her position in March 1997. Less than six months later she passed away. Calls for sainthood arose immediately, and in 1999, Pope John Paul II waived the usual five-year waiting period to allow for cases to be presented for her canonization. So far, the church has recognized one miracle in her name, though another is needed to grant sainthood.