Posted on September 6, 2019 by MysticStamp 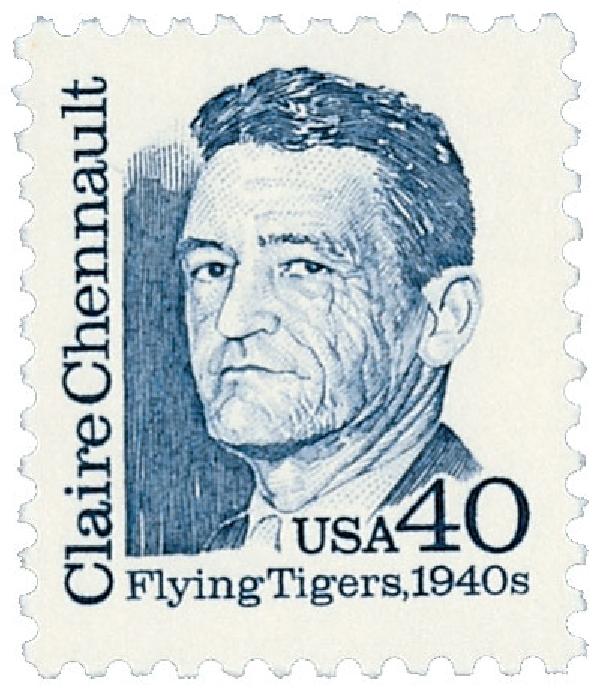 Claire Lee Chennault was born on September 6, 1890, in Commerce, Texas.

Chennault spent his early years in Louisiana, attended Louisiana State University, and joined the ROTC.  He worked as a school principal until the outbreak of World War I, at which point he joined the Army Signal Corps.  Chennault went on to fly with the Army Air Service during that war.

After World War I, Chennault was made Chief of Pursuant Section at the Air Corps Tactical School.  He also led the 1st Pursuit Group Army Air Corps aerobatic team, the Three Musketeers, which he later reorganized as the Three Men on the Flying Trapeze.

By the mid-1930s, Chennault’s health was suffering and he fought with superiors after he was passed over for a promotion.  So he retired from the military on April 30, 1937.  He was then invited to join a small group of American civilians in China training their airmen. 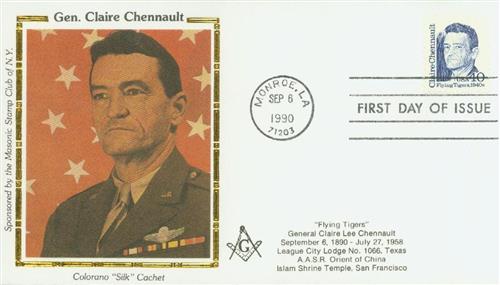 Shortly after Chennault’s arrival in China, the Second Sino-Japanese War broke out and he was made chief air advisor to Chiang Kai-shek.  In this role, he trained Chinese Air Force pilots and flew on occasional scouting missions.  Then in 1940, he traveled back to the US to request more planes and pilots.  From this meeting came the creation of the American Volunteer Group, also known as the Flying Tigers.  The US promised 100 planes as well as mechanics, pilots, and aviation supplies. 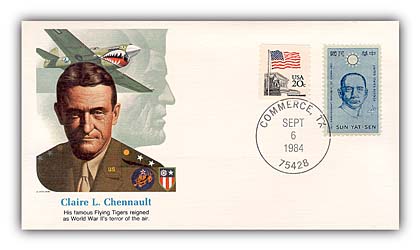 Chennault planned and campaigned for a bombing raid by his tigers, which he believed could end the war.  The raid never happened because airfields weren’t built close enough to Japan to launch the planes.  Then on December 20, 1941, Chennault’s Tigers shot down four Japanese planes bound for Kunming. 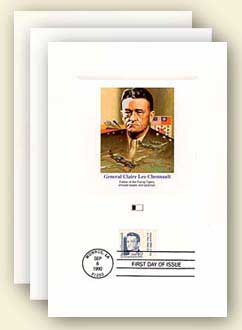 The Tigers continued to guard the Burma Road, Rangoon, and other important locations in Southeast Asia and Western China.  Eventually, Chennault rejoined the Army and the Tigers were formally incorporated into the US Army Air Forces.

After the war, Chennault returned to China and created Civil Air Transport (later Air America) to aid Nationalist China in its struggle against Communist China.  He was eventually promoted to lieutenant general in the Air Force nine days before his death on July 27, 1958.