What automotive pioneer who popularized the assembly line was born on this day in 1863? 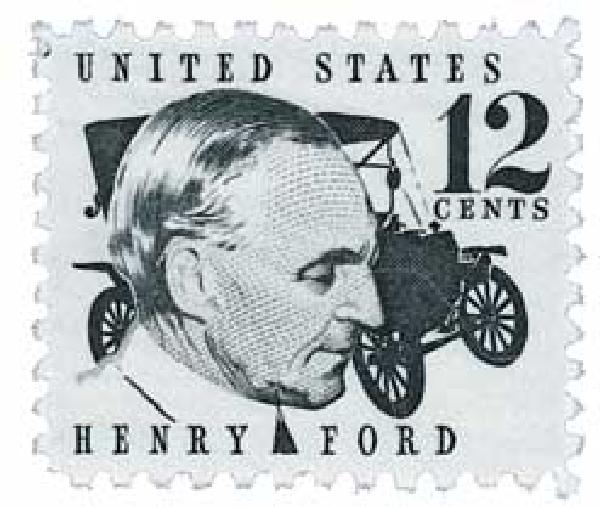 As a teenager, Ford repeatedly took apart and reassembled the watches of his friends and neighbors, earning some business as a watch repairman.  His father expected him to one day take over the family farm but he disliked farm work.

Instead, Ford left home in 1879 to apprentice as a machinist in Detroit. He returned to the farm in 1882 and found he was skilled in using the Westinghouse portable steam engine.  He was then hired by Westinghouse to repair their engines. 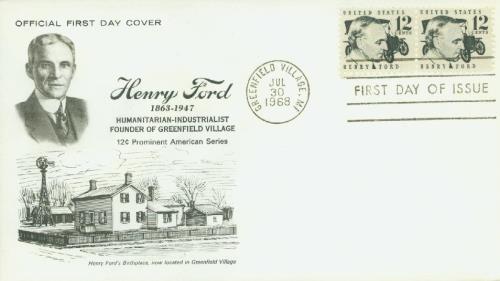 Ford took a job as an engineer at the Edison Illuminating Company in 1891 and was eventually promoted to Chief Engineer. With the increased time and money this promotion gave him, Ford was able to work on his own experiments with gasoline engines.  By 1896, he built a self-propelled vehicle that he named the Ford Quadricycle. That same year he met Thomas Edison, who encouraged his experimentation leading him to build a second vehicle. 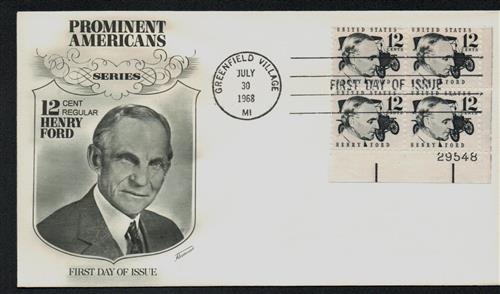 Henry Ford began his first car-making business, the Detroit Automobile Company, in 1899. After two years, it was reorganized as the Henry Ford Company. After disagreements with his partners, Ford left the company. When he found more investors, the Ford Motor Company was established in June 1903. It began making a profit by October. Within two years, the investors had made a profit of almost 300 percent. 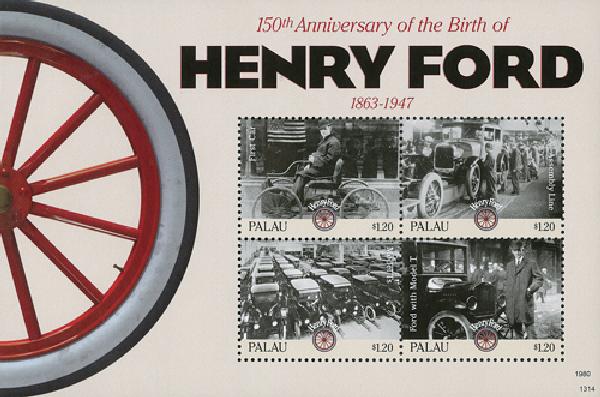 Item #M11248 pictures Ford and some of his vehicles.

Ford’s first car was the Model A. Later autos were named alphabetically. In 1908, the company introduced the Model T. It was built at a larger factory. Demand was so great, Ford moved to a bigger Highland Park plant. 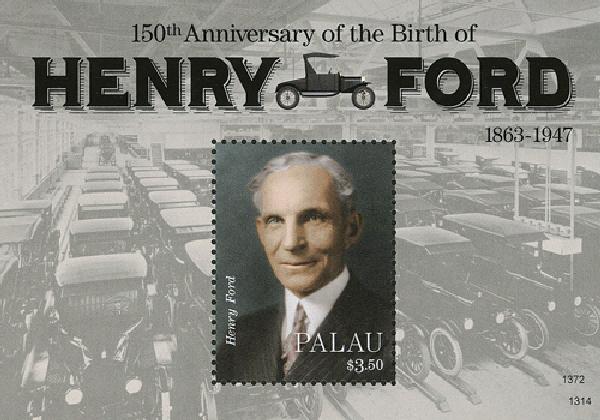 The company made great strides in the process of manufacturing its automobiles. Ford was one of the first to use a moving assembly line, which began in 1913. It reduced production time for the chassis from 12.5 hours to less than two. They produced over 200,000 Model Ts that year and exceeded one million by 1920.

Micronesia #245 was issued for the 100th anniversary of Ford’s first car.

While Ford Motor Company was successful at selling cars, it didn’t fair as well at keeping employees. The turnover rate was high, and the cost of training new workers cut into profits. In January 1914, Ford took a risk and doubled the pay to $5 a day. He also shortened the shifts to eight hours from nine and reduced the workweek to five days. Workers stayed at their higher-paying jobs and production increased.

When America became involved in World War I, Ford supported the effort with Model Ts redesigned as military vehicles. In the following years, the company made tanks and ambulances. 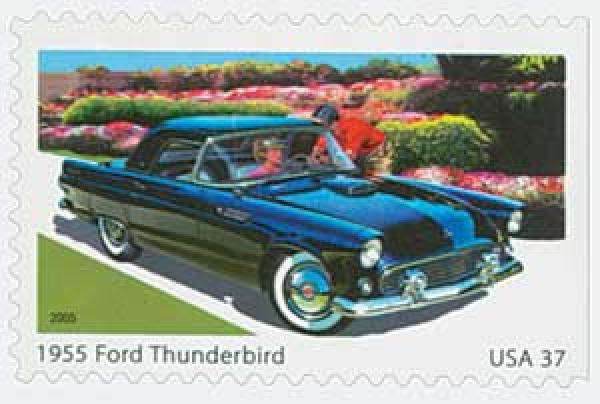 The Great Depression that took place in the 1930s affected the Ford Motor Company as much as the rest of the country. Ford reduced his production and laid-off workers. Many families near Detroit experienced unemployment during those difficult years. Ford’s business was one of the few auto manufacturers to survive.

By the 1940s, Henry Ford was in his 70s. His son Edsel made most of the company’s decisions. When the US entered World War II, the business began producing trucks, tanks, jeeps, airplanes, and thousands of parts.

In 1943, Edsel died and Ford resumed the presidency of the company.  In poor health, he held the post for two years before Henry Ford II took over. Ford died on April 7, 1947.  In the years since, his grandson, known as “Hank the Deuce,” led the company until 1980. Those decades saw the introduction of the Thunderbird, Falcon, Mustang, and many other innovations.

5 Responses to "What automotive pioneer who popularized the assembly line was born on this day in 1863?"