Who was the first woman to receive a Pulitzer Prize for Fiction? 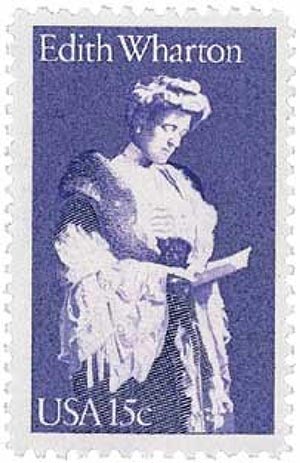 US #1832 – Wharton was the second honoree in the Literary Arts series.  Click image to order.

Edith Newbold Jones Wharton was born on January 24, 1862, in New York City, New York.  Wharton came from a wealthy family – it’s been said that the phrase “keeping up with the Joneses” may have been in reference to her father’s family.  After the Civil War, her family traveled Europe extensively, during which time she learned French, German, and Italian.

Wharton opposed the ideals of the time that expected young women to be put on display at parties so they could be married.  She thought these traditions were oppressive and wanted to get a better education than was expected of her.  She began reading anything she could find, but her mother eventually forbade her from reading novels until she was married.

Wharton discovered her love of writing at a young age, penning poems and fiction as a child and her first novel when she was 11.  She was first published at 15, when she translated a German poem, “What the Stones Tell.”  However, it was published under another name because it wasn’t proper for a society woman at the time. 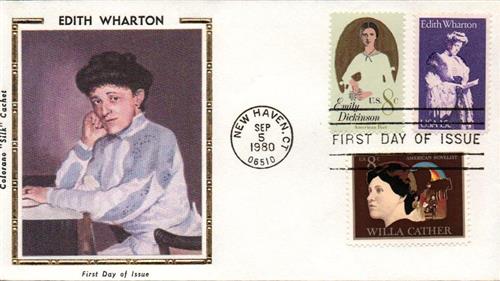 That same year, Wharton secretly wrote a novella, “Fast and Loose.”  And the following year, her father had two-dozen of her poems and five translations published privately.  In 1880, she had five poems published anonymously in Atlantic Monthly. 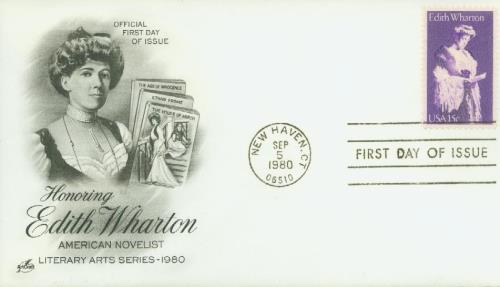 Though Wharton had a few published works, her family still discouraged her from writing professionally, so it was several years before she published another piece.  In the meantime, she married Edward Wharton in 1885.  Both loved to travel and would spend several months every year abroad.  During her life, Wharton crossed the Atlantic 60 times. 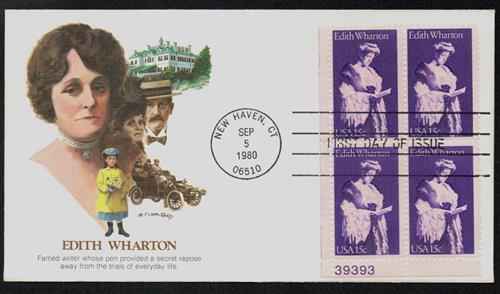 Wharton began attempting to publish her work again in 1889 when she sent three poems to Scribner’s, Harper’s, and Century.  When she was 29, she published her first short story, “Mrs. Manstey’s View.”  After several poor reviews from editors, Wharton switched to travel writing in 1894.  She also wrote a two-act play in 1901.  When she was 40, Wharton published her first novel, The Valley of Decision.  Wharton began writing much more around this time and would spend the next 30 years producing a large number of poems, short stories, and novels.  She’s best known for her psychological examinations of characters dealing with changes in society.

US #2154 – In addition to her support of the war effort, Wharton wrote two war novellas. Click image to order.

Wharton went to Paris when World War I broke out and worked to support the French war effort.  She opened a workroom for unemployed women, opened hostels for refugees from Belgium, and raised over $100,000 for their aid.  In 1915, she traveled to the front lines to report on the war for Scribner’s.  The French president later gave her the country’s highest award, the Legion of Honour for her efforts.

Wharton published her most famous work, The Age of innocence in 1920.  For that work, she became the first woman to receive the Pulitzer Prize for Fiction.  The book was later adapted for film several times.  In addition to her novels, Wharton wrote at least 85 short stories and was a talented garden and interior designer.  She wrote several popular design and home and garden books and was considered a tastemaker of her time. 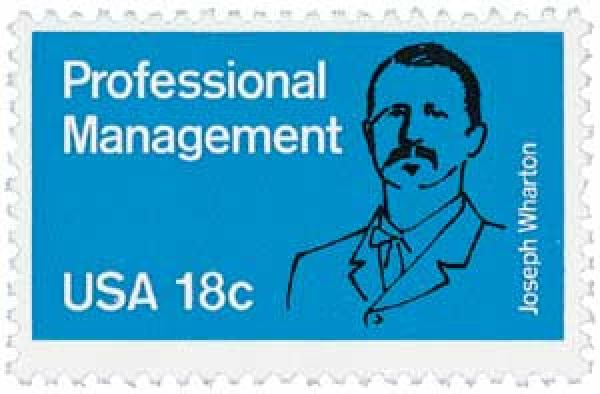 US #1920 – Edith’s husband was a relative of Joseph Wharton, founder of the Wharton School of Business. Click image to order.

Wharton suffered a heart attack in June 1937 and died of a stroke on August 11, in Saint-Brice-sous- Forêt, France.  She was buried in a Versailles cemetery, “with all the honors owed a war hero and chevalier of the Legion of Honor.”

4 Responses to "Who was the first woman to receive a Pulitzer Prize for Fiction?"